A dominant first half performance saw the M1s to a comfortable 6-1 victory over local rivals Old Loughtonians.

Southgate came firing out of the blocks when Alex Williams opened the scoring in the second minute, running away from the goal, Williams turned and shot across the goal beating Fred Whitfield in the Loughts goal at the far post. Southgate’s second came two minutes later when Timmy Smyth deflected in a cross from Simon Walker. With ten minutes gone, Williams extended the lead further getting his second after Sam Mee’s initial shot was saved by Whitfield, Williams was on hand to put the rebound away. Ten minutes later, the M1s were four up thanks to a John Sterlini penalty corner finding the top right corner of the goal.

Against the run of play, Old Loughts got one back via a Rory Coltham penalty stroke in the twenty fifth minute, the teams going into the break with the score at 4-1. The half time interval gave Loughts time to regather and they came out with a more composed performance enjoying possession for the majority of the half, however a displined Southgate defence gave them few shooting opportunities, and their patience paid off when Mee extended the lead shooting from the top of the circle in the sixty eighth minute. Smyth completed the scoring, also getting a brace in the last minute when Christy Walklin broke from defence, found Tim Luscombe in the circle, who made a reverse stick pass across the goal for Smyth to tip in. 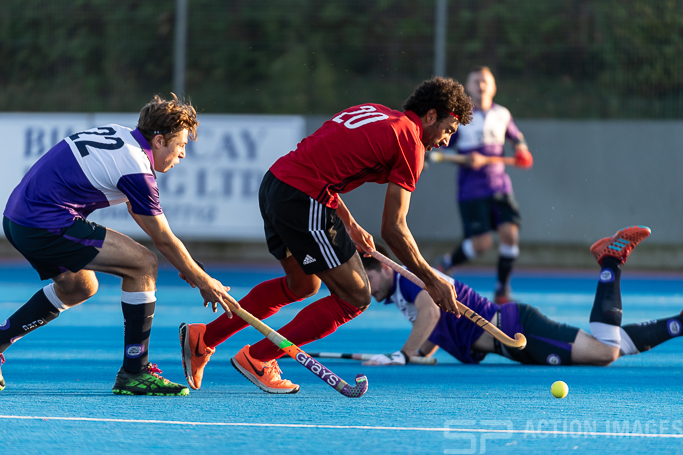 The M1s now travel to Cambridge City on Saturday looking to extend their winning run.

M2s won 2-1 v Richmond which takes them up to 2nd in London Prem.