Thanks to Storms Ciara and Dennis, the M1s were faced with playing six matches in sixteen days as they sought to catch up with the schedule.

First up were Teddington at home. John Sterlini put the M1s in front in the twenty second minute, but the failure to convert our later chances cost us dear as Teddington equalised with forty second to go as the matched ended 1-1.

The next day it was down to Brighton. Goals from Jonny Maunder, John Sterlini, Alex Williams and Freddie Britt gave us a 4-1 lead and despite a couple of later goals from Brighton we saw out the match to win 4-3.

Next up were third placed Havant at home. We were 2-0 up inside ten minutes thanks to goals from Matt Allister and Max Garner, and while we failed to extend our lead, Havant never really looked like coming back into the game despite a later goal, the match ending 2-1.

Back down to the South Coast again for Fareham away and a relatively comfortable 5-0 win with goals from Matt Allister, Nick Cooper, Jack Middleton, Alex Williams and Simone Pagliara.

Then it was a trip into the Kent Countryside for Canterbury away. A tough but rewarding match as we came away with a 4-1 win. The goals were scored by Alex Williams with two, and one each for John Sterlini and Max Garner. 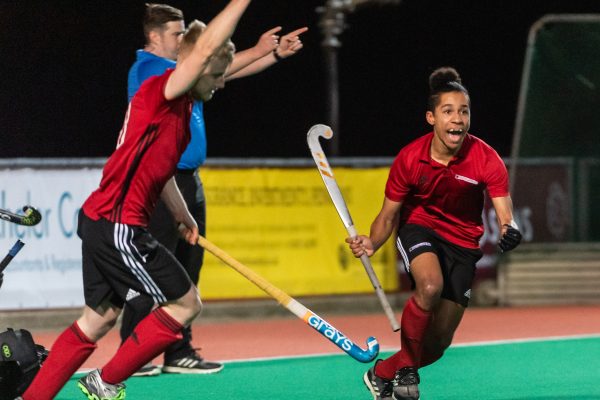 The final match was the next day as we hosted University of Birmingham in the quarter finals of the cup. The schedule seemed to catch up with us somewhat as we struggled to play our normal fluid style, but we eventually came out on top winning 3-2. Goals from Matt Allister, Alex Williams and Nick Cooper.

We now face a tough end to the season as we play leaders Oxted, followed by second placed in our last two league fixtures, both at home, followed by the cup semi-final away at Fareham. Unfortunately, barring a minor miracle, the M1s are destined to finish either second or third in Division One.