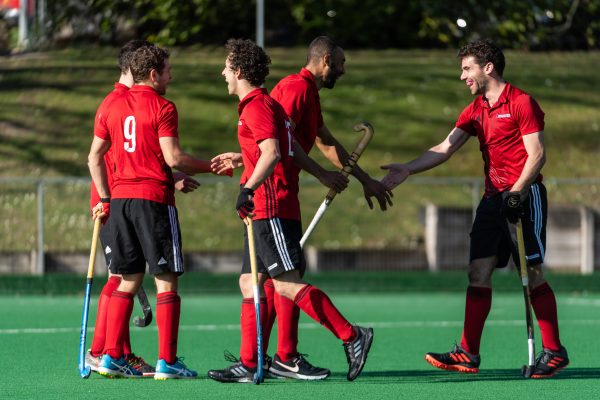 As another League season looms on the horizon, it’s time to preview the M1s.

Last season was a mixed bag with more highs than lows, but with OGs taking the league title at a canter and after we secured our place in Division 1 in the newly restructured national league with four matches to go, we were perhaps a little guilty of taking our foot off the gas to a degree. We ended up finishing fourth in the East conference, which was probably on par with the previous season’s second given the big names recruited by the big budget OGs, and Canterbury having been relegated from the Prem.

Recruitment in the off season has gone well and we’re delighted to welcome Paul Pongs from Harvestehuder THC, Simone Pagliara from Pisa CSU, Feddie Britt and Max Garner from Old Loughtonians, and lastly Nick Copper from Old Georgians. Paul has one of the most impressive CVs for a non-international having won both the EHL and Bundesliga with Harvestehuder. Paul plays in deep midfield or defence and has already slipped seamlessly into the side, although appreciating his German sense of humour may take slightly longer. Simone plays up front and his unorthodox style is guaranteed to cause defenders problems. Freddie is another defender who has impressed in pre-season despite being technically still a junior, and has already played England U18s and won the Futures Cup. Max is also still a junior and has equally impressed in pre-season scoring a number of goals playing up front. He has also been part of the NAGs squads at both U16 & U18 level. Nick plays up front and was part of the aforementioned OGs squad that won the East Conference and promotion tournament to the prem scoring 11 goals in the process.

Sadly, we have lost a few players as well as tends to happen; Ollie Izzo is playing for the University of Bristol, Drew Burkin has moved to Wapping and Sam Mee to Bedford. We of course wish them the best of luck at their new clubs.

The support staff is unchanged for this season with the programme being lead by Coach Matt Grinham, assisted by Rob Schilling, with Manager Simon Parker looking after things behind the scenes.

Pre-season has been good, and the players have responded well to a few changes we have made for the forthcoming season. Probably the highlight being the weekend away at the University of Exeter as much for the soft team building as for the hockey. We have also enjoyed pre-season matches against Hampstead & Westminster, Old Loughtonians, Harleston Magpies and St Albans winning four, drawing one and losing two.

The team only has one goal this season and that’s to win promotion back to the Premier Division. Of course there’s a world of difference between writing it down on paper and actually executing it, but there is genuine excitement in the squad as to the potential of the team. Time will tell as they say.