M1s battle for a 3-3 draw at Teddington

The M1s had a fight on their hands on Saturday, as they twice had to come from behind to earn a point against league leaders Teddington, getting the final equaliser in the penultimate minute.

In a classic game of two halves, Teddington dominated the first half with Southgate really struggling to retain possession for any length of time. Teddington opened the scoring in the eighth  minute, Matt Daly giving Chris Rea in the Southgate goal no chance. It wasn’t until a minute before half time that Teddington managed to extend their lead through an Elliot Smith penalty corner, going into the break 2-0 up.

After a couple of tactical tweaks at half time by coach Matt Grinham, Southgate were a different side in the second half, and it was Teddington’s turn to struggle for possession. Southgate opened their account in the fortieth minute with Giulio Ferrini getting a touch to deflect the ball past Teddington goalkeeper Alex Rooney. The equaliser came in the fifty third minute after a through ball by James O’Neill was left by Matt Allister, to find Max Garner in the circle, and the seventeen year old made no mistake giving Rooney no chance. 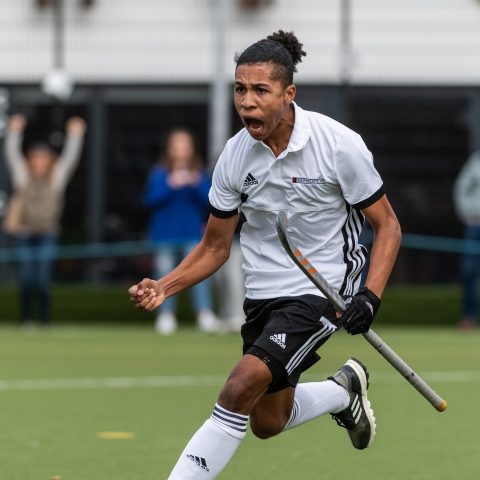 With Southgate pressing for the winner, against the run of play Teddington were awarded a controversial penalty corner, and Smith stepped up to score his second and put the home side back into the lead with five minutes to go. Southgate were not done yet and immediately went on the attack looking for another equaliser, and after Rooney had half stopped a shot by Alex Williams, Ferrini was on hand to pounce on the loose ball and push it into an empty goal for his second and the equaliser.

As a result of this draw, Southgate now find themselves in fourth place in Division One South, the top six teams only separated by one point and goal difference. They now entertain Fareham at home on Saturday, 2:15 start.