M1s bounced back with a dominate performance winning 3-0 against Wapping.

In their first league visit to the “home of English Hockey” at the Lee Valley Hockey & Tennis Centre, Southgate came out with a point to prove after last weekend’s defeat, starting the match at a high tempo which Wapping struggled to live with, creating early chances for Will Holt to fire over, and Duncan Scott who saw his shot well saved by James Stock in the Wapping goal. This proved to be the pattern of the first half as Southgate continued to create chances only to find Stock in excellent form between the sticks. The deadlock was finally broken in the twenty second minute when Wapping failed to clear a John Sterlini penalty corner, and after a goal mouth scramble, the ball fell to Sam Mee who fired in from close range.

After the interval, it was more of the same with Duncan Scott in particular causing problems for the Wapping defence with his mesmerising stick skills making him unplayable at times. As the pressure built, the inevitable second goal came in the sixty third minute with Timmy Smyth driving into the Wapping circle from the left, drawing Stock, and his cross finding Mee on the back post to deflect in for his second. A minute later, Southgate were three up with Holt attacking into the circle from the right, and as Stock advanced to close the angle, Holt’s square pass found Smyth to deflect into the open goal.

To Wapping’s credit, the floodgates didn’t open at this stage and they fought back, enjoying their best period of the match, forcing Enrico Francesconi to make a number of smart saves in the Southgate goal, but it was too little, too late with the damage already done.

The M1s welcome neighbours West Herts to Trent Park on Sunday as they look to continue their promotion push. 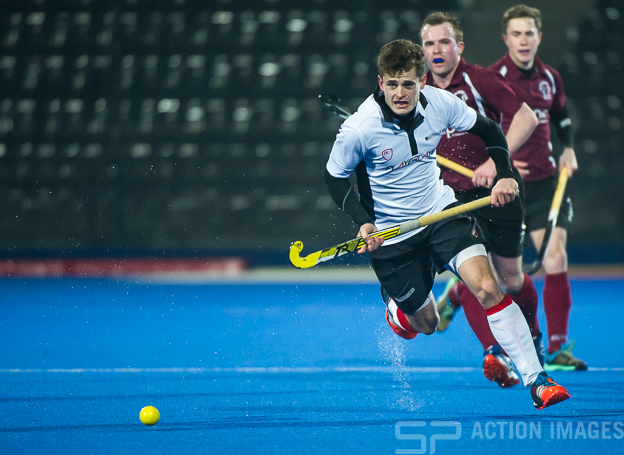 M2s win 2-1 v Richmond on Saturday, and then beat Hampstead & Westminster on Sunday to progress to the semi-finals of the 2nd XI cup in defence of their title. Monday’s draw see them matched at home against Brooklands MU in a repeat of last year’s final.

M3s win 3-1 v Guildford. With Hampstead’s matched postponed, the win takes the 3s back to the top of London Div 1.