With third place playing fifth, and with the sides drawing 1-1 earlier in the season, a tight game was on the cards and so it proved. Southgate were marginally on top in the first half enjoying the majority of possession, but found it difficult to find a way through the Richmond defence, with Jamie Legg in goal making a number of saves for the visitors.

The deadlock was broken in the thirty ninth minute when Duncan Scott picked up the ball on the Twenty Three and moving left, drove strongly into the Richmond circle before unleashing his tomahawk, beating Legg in the Richmond goal. There was some speculation on a deflection off of a defenders stick, but Scott was credited with the goal by the match official. Thereafter, Southgate were unable to add to their score, but were not seriously threatened at the back.

The match was marred by injuries to Southgate’s Kit Cutter and Adam Miller defending consecutive penalty corners, with Cutter having to be carried from the field.

The M1s face league leaders Teddington away on Sunday, with a point to prove. 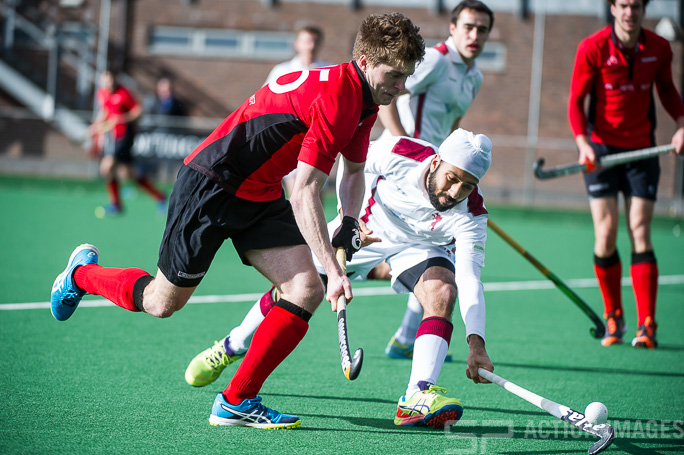 Flagons  :  Lost – 2-3  to Spencer  – BUT unless we get some penalty , Spencer can’t catch them so Flagons end up 3rds – still probably good enough for promotion as Reading Red Sox will probably stay in Div 2 .
No MOM advised .

Both Tankards X & Y opponents conceded – but 9 from Berko  came over for an enjoyable mix up of 32 guys
MOM was joint between Haimish Patel and his dad Rakki.