With goals from Timmy Smyth, Charles Hamilton and Jonny Maunder, plus Alex Williams getting his sixth of the season to lead the league goal scoring table, Southgate were too strong for Fareham on a wet afternoon in Trent Park. The win sees Southgate climb one place to third, one point behind leaders Teddington.

Southgate got off to a slow start after having to make four changes to their squad in what was a fairly even first half. They may have gone ahead in the opening minutes when Alex Williams found himself through one on one with Rory Kemp in the Fareham goal, but after beating Kemp, Williams saw his shot drift wide. Gradually Southgate began to get the upper hand without finding their normal fluency and eventually the pressure told with Timmy Smyth opening the scoring in the twenty fifth minute.

After the interval, Southgate started to click and began moving the ball at pace in their normal style putting Fareham on the back foot as they struggled to cope. Southgate extended their lead in the fifty second minute after Williams had won a penalty corner, Charles Hamilton, making his national league debut, stepped up to put his shot in the corner giving Kemp no chance. With his sixth goal of the season, Williams put Southgate three up from close range after Rob Schilling had won the ball in the visitors circle. 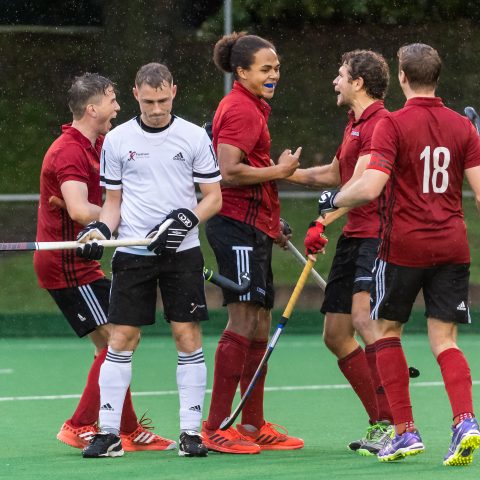 Through some slopping defending, Fareham got one back in the sixty third minute through Philip Larcombe, and then with Southgate still asleep, Martin Gough got the visitors second three minutes later. The mini revival was on, however it was quickly snuffed out by Southgate, who after missing a number of chances, re-established their two goal lead through a Jonny Maunder penalty corner in the sixty ninth minute to make the final score 4-2.

With the International break next weekend, the M1s next match is away to Team Bath Buccaneers on the 10th November.