With leaders Sevenoaks losing to Oxted, the M1s took advantage and moved to the top of Division 1 South after beating Oxford Hawks 2-1 on Sunday.

M1s came flying out of the blocks to dominate the first quarter, denying any meaningful possession to Hawks, but had to wait until the second quarter and the twenty second minute for John Sterlini to open the scoring for them, getting his third of the season after a penalty corner had broken down, but Sterlini was on hand to pick up the loose ball to beat Chris Price in the Hawks goal. Eight minutes later and Southgate extended their lead after Max Garner finished a scrappy goal after picking up the ball a couple of metres from the goal before finding the back of the net with his shot. With several more good chance being squandered, the score remained 2-0 at the half time break. 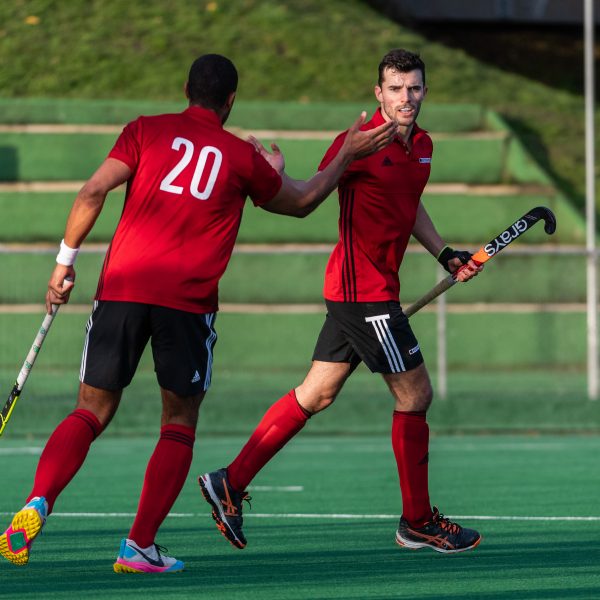 The second half continued in a similar vein to the first with Southgate on top, moving the ball around at ease, however again they saw good chances go unconverted, and as the half progressed, Hawks played themselves more into the match. In the fifty seventh minute, Hawks were given a lifeline after Paul Pongs was guilty of a heavy challenge, conceding a penalty stroke whilst picking up a ten minute yellow card for himself in the process. The penalty was converted by Jack Biggs beating Chris Rae in the Southgate goal. Hawks pushed for the equaliser from the re-start, however with some resolve, Southgate were able to see out the remainder of the match with their one goal advantage intact.

Saturday sees Southgate travel down to former leaders Sevenoaks in a vital match for both sides in the promotional race.