A poor first half performance was too much for the M1s to overcome as they go down 3-2 against second placed Sevenoaks.

Despite a bright start by Southgate with a couple of early attacks, Sevenoaks began to dominate the first half putting Southgate on the back foot by winning the mid-field battle as the Londoners struggled to contain the Sevenoaks defenders coming forward. Indeed Sevenoaks opened the scoring in the twelfth minute with Southgate goalkeeper Enrico Francesconi making the initial save, but the ball crept under him and Sevenoaks’ David Smith was the quickest to react, slotting the ball into the goal. Smith extended the Kent side’s lead fourteen minutes later dinking the ball over Francesconi as he went to ground, so at the half time break, Sevenoaks were two goals to the good.

After a constructive but stern half time talk from Southgate coach Danny Newcombe, they were looking for an early goal to get them back into the match, and it duly arrived as Drew Burkin’s forty-first minute flick beat Richard Potton in the Sevenoaks goal. With this Southgate started to exert some pressure of their own and should have found the equaliser, however several chances were squandered. As the half moved on, the matched opened up with both sides enjoying chances, bringing saves from Francesconi and Potton. Southgate’s Equaliser came in the sixty second minute as Will Holt drove into the Sevenoaks circle, Potton came out to narrow the angle, but the ball found a way past and it fell to Jonny Maunder to push into the empty goal.

With eight minutes to go, the game was there for the taking, Southgate fancying their chances with momentum in their favour, but four minutes from time Sevenoaks were awarded a penalty corner and Duncan Parnis converted a well worked routine to shatter Southgate’s promotion dreams. With this result, the North London side’s hopes of playing in the premier division are all but over, however Newcombe’s side have four matches remaining and will want to prove a point against leaders Teddington in two weeks’ time after facing fifth placed Richmond at home this Sunday. 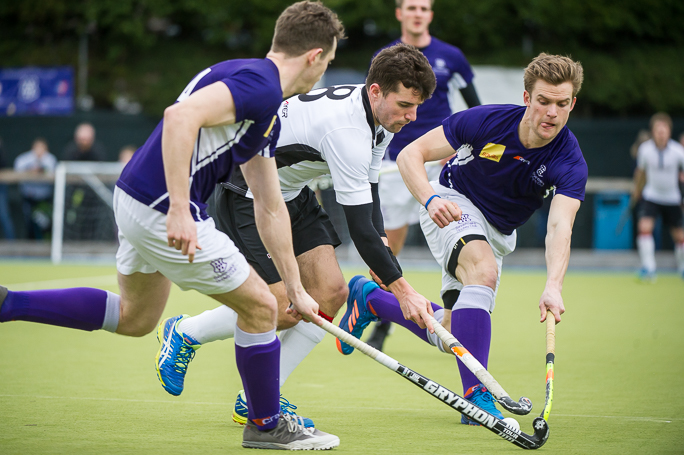 Flagons  :  Lost – 2-5  to Reading Red Sox and slip to 3rd .
Magnums 60s :  Lost 1-4 to Eastcote but remain in 6th place  – MOM Patti.
Pitchers beat Harpenden’s development side 6 -1,   second but Royston are snapping at their heels and their postponed encounter on April 1st will no doubt be the decider.
MOM Hugo Pomianski

Tankards  X  lost 0-2 to a very strong Stortford team  – but remain well ahead at the top.  MOM Martyn Atkinson .

Tankards Y  beat WGC 6-1  with  a hat – trick from Harry Haynes  They remain comfortable in second.  MOM  Young Barney Collier in his second ever league game.