The M1s keep their promotion challenge on track with a hard fought 3-2 victory over West Herts. The north London side started brightly dominating the early exchanges and creating a number of chances, although they found it hard to covert. They opened the scoring in the eleventh minute through a Drew Burking penalty corner, and extended their lead three minutes later after Will Holt saw his initial penalty corner saved, however Sam Mee picked up the rebound and Paulie Singh was on hand to deflect in his cross.

Thereafter Southgate seemed to take their foot off the accelerator, and West Herts fought their way back into the match, enjoying extended periods of quality possession, however Enrico Francesconi in the Southgate goal was equal to the challenge making a number of smart saves to keep the score at 2-0 going into the break.

The second half started in a similar pattern to how the first half ended with Southgate struggling to contain the West Herts play maker Dan Webster. He was a constant threat, and got a goal back via the penalty spot after Duncan Scott was judged to have stick tackled him in the circle. Southgate eased the pressure in the 66th minute going 3-1 up through a Will Holt penalty corner, and thereafter should have closed the game down until the final whistle, but West Herts struck back two minutes later scoring from a William Grbic shot. There followed a tense two minutes as Southgate hung on to secure all three points.

Next week the M1s go to league leaders Sevenoaks in a must win match. 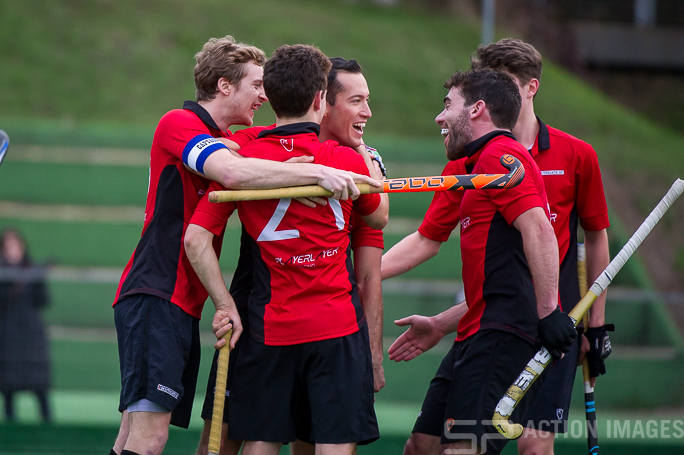