M1s Secure Promotion to Division One

Despite being the wrong side of a narrow 3-1 defeat to Richmond, with other results going their way, the M1s are guaranteed a top six finish and promotion to the new first division for next season.

A mediocre first half from Southgate saw them concede two goals; the first came from an intercepted pass at the back which was picked off by ex-GB forward Simon Mantell, leaving him with a one on one with Dewi Roblin in the Southgate goal. The second came via a penalty corner where Roblin made an initial save, but after a goal mouth scramble, Richmond’s Scott Wall was able to turn the ball in.

A much improved Southgate performance in the second half saw them enjoy the majority of possession. They got one back via a John Sterlini penalty stroke in the forty fourth minute, and thought they had equalised through Joe Warren shortly after only to see the goal disallowed. Richmond got their third against the run of play, the ball being played in from the right, finding an unmarked Mantell in front of goal, who made no mistake in beating Roblin. 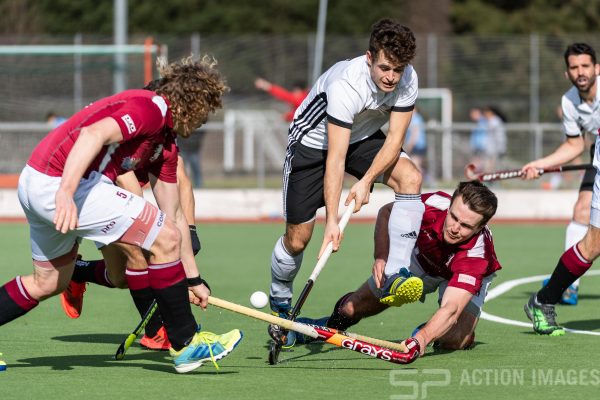