M1s start the season with emphatic 8-1 win over Canterbury

The North London side opened the scoring in the fifth minute after Alex Williams picked up a pass from John Sterlini on the right wing, driving into the circle along the baseline before finishing from a tight angle assisted by a deflection off a Canterbury defender. They went two up in the thirteenth minute from a penalty corner after John Sterlini’s initial shot was blocked, the rebound fell to James O’Neill to fire the ball home. Seven minutes later and Southgate were three up when Matt Allister worked the ball in down the right baseline before pulling in back to find Williams on the back post who jinked it around Nathan Redman in the Canterbury goal to get his second. 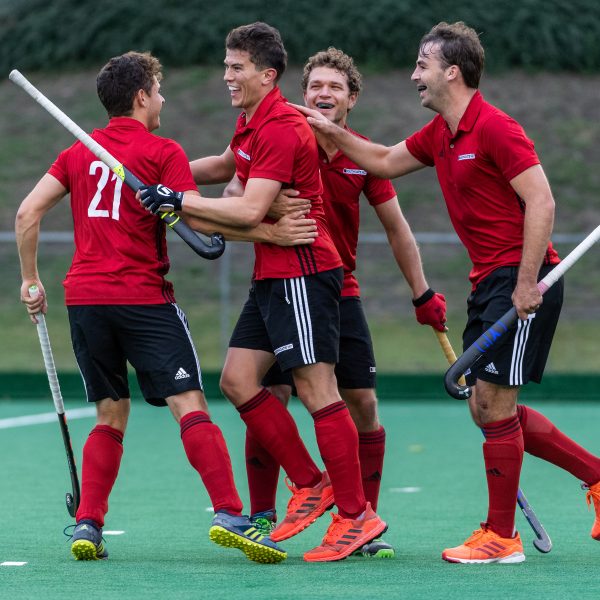 Southgate’s fourth and probably best goal came in the thirty first minute after O’Neill intercepted the ball in right midfield, passed to Giulio Ferrini who found Williams with an inside pass, he then played a one two with Max Garner on the outside before crossing to find Nick Cooper on the back post to slot the ball home.

It was not all one way traffic as after several good saves from Chris Rae in the Southgate goal, Canterbury got one back in the thirty third minute via a Craig Boyne penalty corner. Any hope that this had opened the door for a Canterbury come back were quashed after Southgate slammed the door shut again two minutes later when Timmy Smyth played the ball into the circle for Jack Middleton to run onto before dinking it over an advancing Redman from an acute angle.

Eleven minutes into the second half and Williams got his hattrick and Southgate’s sixth after receiving it on the top of the circle before turning and shooting finding the back of the goal via the inside of the post. Southgate’s seventh came in the sixty first minute after Ferrini received it on the edge of the circle before beating his man and finding Allister at the back post to deflect the ball home.

Southgate’s final goal came with the last play of the match via a penalty corner after the initial shot was saved by Redman, Timmy Smyth picked up the rebound and lifted it over the prone goalkeeper.

The M1s now face Brighton next Sunday at home, 2:30 start.