Southgate remain unbeaten after battling to a 2-2 draw away at Richmond.

With Southgate in second and Richmond third, it looked like a tight affair on paper and so it proved under the lights of the Quintin Hogg Memorial Ground. For the third week in a row, Southgate found themselves a goal down inside the first five minutes as Richmond took the lead courtesy of Charlie Elliston penalty corner in the second minute. But Southgate again proved they have plenty of bounce-back-ability again, and were back on level terms seven minutes later as Andrew Westbrook put the rebound away at their first penalty corner. Westbrook got his and Southgate’s second in the eleventh minute as Southgate proceeded to dominate the first half starving Richmond of any significant possession, but were unable to extend their lead, and had to be satisfied taking the 2-1 into half time.

The second half saw Richmond get the best possible start after they equalised via a hotly disputed penalty stroke in the thirty-ninth minute, Charlie Elliston beating Allan Dick in the Southgate goal. Thereafter Richmond were determined to not let Southgate dominate the game, and there were chances at both ends with neither side able to find the back of the net, with the match finishing 2-2.

Southgate remain in second place and after a weekend off, welcome league leaders Sevenoaks to Trent Park in a crunch game. 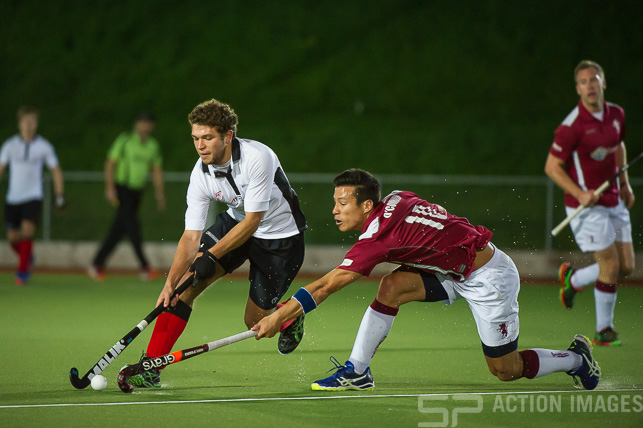 The M2s beat Teddington 5-3 and move up to 3rd in the London Prem.

The M3s win 5-0 against Hampstead & Westminster and remain 4th in London Div 1.

The Magnums go down 6-0 to Sevenoaks in London GM.

The Pitchers lose to Blueharts 4-1 but remain 4th place in East 8SW.

The Tankards X maintain their 100% record with a narrow 3-2 win over Berkhamstead to remain top of East 9SW.