For the second week in a row, Southgate conceded an early goal, this time it was Wapping’s William Cairns who scored from the penalty spot in the third minute. Once again Southgate bounced back, with John Sterlini equalising seven minutes later, Drew Burkin getting Southgate’s second, before Sterlini added his second before half time.

As the rain came down in the second half, Southgate continued to dominate the early exchanges, however they failed to capitalise on their chances. This allowed Wapping back into the game, with David McLean getting their second goal. Thereafter Southgate were put under increasing pressure as Wapping looked to level the scores, but Southgate hung on to take the win 3-2.

With Sevenoaks beating Oxted 7-2, Southgate slip to second in the East Conference on goal difference and face the tricky trip to third placed Richmond next Saturday.

The M5s lost 6-1 to London Edwardians and remain 9th still looking for their first win.

The Flagons beat Brom Beck 5-1 maintaining their unbeaten status and remain top of the table.

The Magnums drew with Eastcote 3-3 and remain in 6th place.

The Pitchers won 2-0 at Luton Town and are now 4th.

The Tankards X won 2-0 at home to Bishops Stortford and remain top of the table.

The Tankards Y won 5-3 away at Welwyn Garden City and are now in second place behind the Xs. 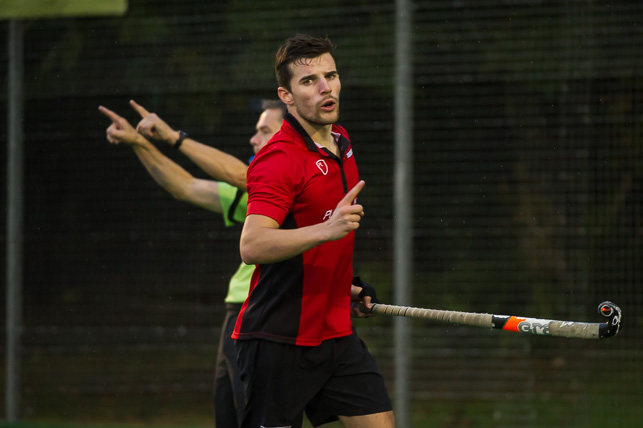