The M1s came out second best in this high scoring match losing 6-4 to conference leaders Teddington.

Southgate started strongly and raced into a two goal lead thanks to deflections from Simeon bird and Paulie Singh scoring in the third and ninth minutes respectfully, leaving Teddington at sixes and sevens. To their credit, the home side regrouped quickly and fought their way back into the match with Richard Gear-Evans getting them on the scoreboard in the eighteenth minute, before Matt Daly got the equaliser from a penalty corner four minutes before the break, leaving it all square at 2-2 going into half time.

The second half started with Southgate exerting some early pressure, however they were unable to make this count, and with a loose pass from the defence gifting Teddington the ball on the half way, they broke strongly and exploited the two on one and went into the lead with Andy Pett slotting the ball home in the forty seventh minute. From the restart, Teddington switched off and will have been disappointed to concede such a soft equaliser as Southgate attacked down the right, with Drew Burkin left unmarked on the back post picking up the cross and pushing the ball over the goal line with goalkeeper Elliot Bullman frozen at the front post. The goal seemed to awaken Teddington once more, and as the game opened up, they replied with three unanswered goals in the space of six minutes via a penalty stroke from Andy Pett in the fiftieth minute, Tim Davenport in the fifty-second and Matt Daly from a penalty corner in the fifty-sixth minute. This left Southgate chasing the match, and to their credit, they didn’t give up winning a succession of penalty corners of their own, forcing a number of saves from Bullman, before Will Holt got one back with eight minutes to go. The visitors were unable to make further inroads, and the match finished without further score, leaving Teddington still top on forty points, with Sevenoaks behind on goal difference and Southgate nine points adrift in third place.

In their penultimate league match, the M1s head back to West London on Saturday to take on Indian Gymkhana. 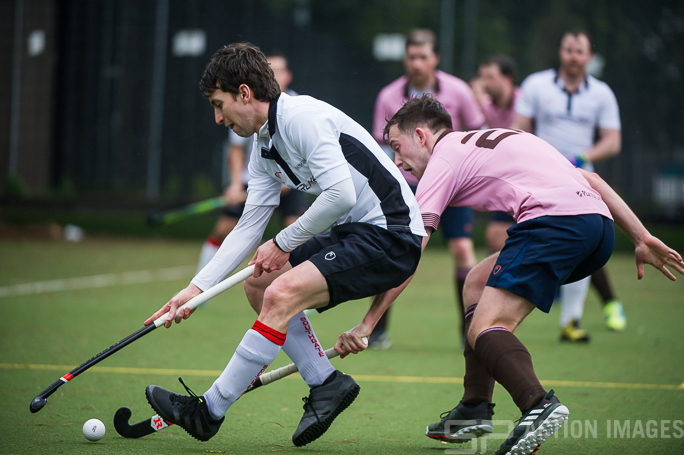