U16 girls score six to qualify for national finals

Southgate’s U16 girls are Lee-Valley bound after becoming regional champions on March 12.

Six different scorers slotted away the goals to defeat Sevenoaks 3-1, Richmond 2-1 and draw 1-1 with Guildford to put the team into the national finals for the second consecutive year.

In a nervy first game against Guildford, the girls scored quickly through Milly Davies and showed enough self-possession to get the draw after conceding on a short corner.

After barely 30 minutes rest, Southgate took on hosts Sevenoaks who they had just seen thump Richmond 4-1. This match was a masterclass in composure from our girls who scored first through Maddie Axford. After Sevenoaks drew level, it was captain Jordan Homann who converted to regain the lead. She then lulled Sevenoaks into a false sense of security with some dummy aerials before pulling off a beauty for Charlotte Kelly to pick up with skill and speed to beat the keeper and bag the third on the stroke of full time.

In the final match, knowing a win from Southgate would secure the return to Olympic Park, the girls held their nerve despite going into half time a goal down. Remaining cool and level-headed when the pressure was on won the youngsters a short corner and a first-ever goal for club stalwart Ami Robinson to bring the teams level.

The remaining minutes were a relentless display of conviction, teamwork and determination that brought their just reward; a winning goal from Gaby Greenwood and a place in the finals.

“It was a day when the team shone through,” said coach Grant Homann. “Their belief in each other was evident; they never gave up and are a true credit to the club.”

Details on how you can get tickets to come and support Southgate at the finals on April 8-9 at the national stadium in Olympic Park will be released shortly. 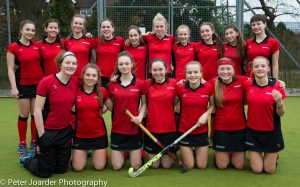