Picking up where they left off last week, the M1s travelled to West Herts and returned with all three points, scoring seven goals in the process.

From the off, Southgate looked the stronger side and they didn’t have to wait long before the first goal came courtesy of Tyler Sundeen in the fifth minute. Three minutes later and they were two up with Simeon Bird tapping in from close range. The third and the last goal of the half came in the twenty-fifth minute from John Sterlini.

In the second half, Southgate came out looking to press home their advantage. Their fourth came from James Kyriakides in the forty fourth minute beating David Soulsby in the West Herts goal from close range. With Southgate moving to man to man, they were always going to be vulnerable to the counter attack, and so it proved with West Herts winning a penalty corner. From this, Peter Corbridge managed to scramble the ball over the line to make the score 4-1. Normal service was resumed with John Sterlini getting his second in the fifty third, followed by Tyler Sundeen also getting his second with a tomahawk from the top of the circle. Not to be out done, Sim Bird finished a well worked penalty corner to get his brace and Southgate’s seventh. 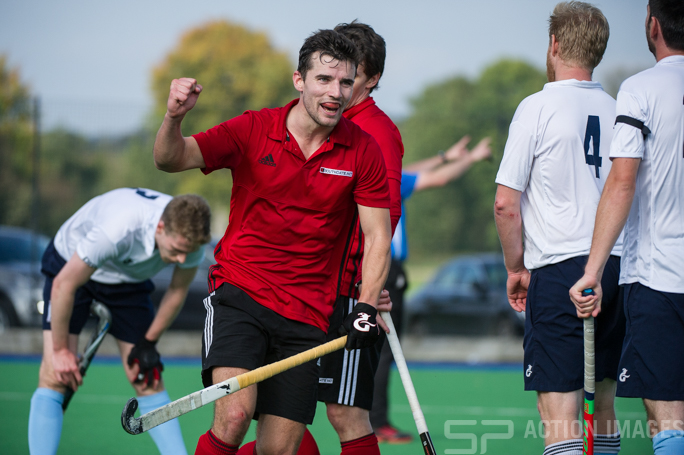 M3s win 11-3 over Indian Gym and are now top of the London League Division 1.