In their last league match of the season, the M1s were ultimately too good for Brighton recording a 4-2 win to finish third in the East Conference.

The match was slow to get going with Southgate seemingly on top enjoying good possession, but the hosts found it difficult to create any real opportunities, while looking vulnerable to the quick break.

The deadlock was broken in the twenty third minute when Southgate’s Joe Sterlini found some space on the left, his cross finding Simeon Bird who deflected the ball into the roof of the net.

After the break, and with the crowd still finding their positions, Southgate extended their lead in the thirty sixth minute courtesy of that man Simeon Bird again, who unleashed his tomahawk from the top of the circle giving the Brighton keeper no chances. Brighton immediately responded getting a goal back a minute later after a huge aerial from the back found Joe Naughalty unmarked, who then coolly slipped the ball past the fast advancing Enrico Francesoni in the Southgate goal.

What followed was later described as a mad ten minutes by Southgate Coach Danny Newcombe, as the hosts found themselves under considerable pressure with Brighton making good use of the aerial ball. The visitors equalised in the forty second minute after Francesoni made an initial save from a Brighton penalty corner, but the ball fell to Rob Cornell who put the rebound away. At this point the match could have gone either way, however Southgate rallied to shore up their defence and got back in the match going ahead once more from a John Sterlini penalty corner in the sixty first minute. The North London side made the game safe by extending their lead four minutes later with Timmy Smyth’s flick finding Andrew Westbrook on the far post to volley home. 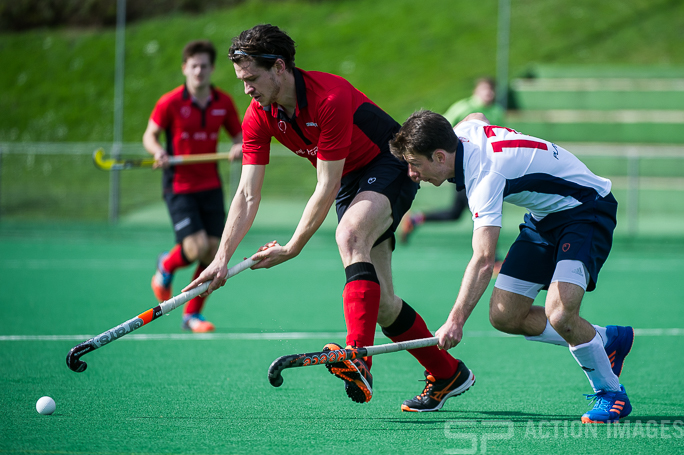