The M1s moved up to second place in the Men’s Hockey League East Conference after a relatively comfortable 3-1 win over Cambridge City at Trent Park on Saturday.

Southgate were quick out of the blocks and opened the scoring in the third minute after Alex Williams drove into the circle along the left base line before pulling the ball back for Timmy Smyth to slot home. Eight minutes later and they were two up, a mis-trap by Joe Sterlini at a penalty corner allowed the ball to be played back to injector Thaddeus Rivett, his cross found an unmarked Matt Allister on the back post for the tap in.

Cambridge were still very much in the game and got one back three minutes later via Brennan Alexander Parker, who volleyed home after a bobbling ball had found him at the back post. There were several more chances at both ends but neither side could convert and the score remained 2-1 at the break.

Southgate started the second half  in similar fashion to the first and got their third goal in the thirty eight minute, Christy Walklin hit a reverse stick cross in from the left which was deflected up by Rob Schilling and looped over Dan Brown in the Cambridge goal. With a two goal cushion, the home side were able to relax a little and despite further chances for both teams the score ended 3-1.

The M1s now go to Richmond on Sunday looking to extend their winning run. 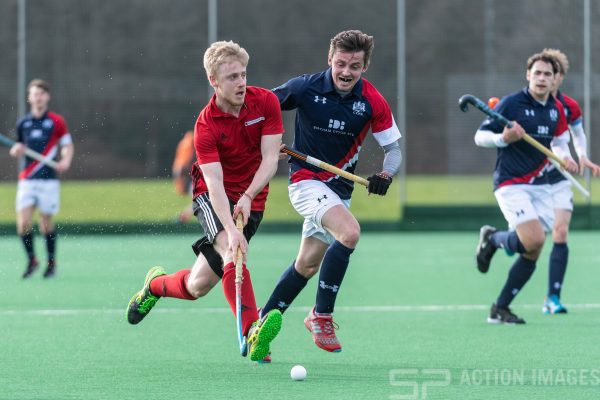