On a wet and windy day on the south coast, the M1s suffered their first defeat of the season coming out on the wrong side of a topsy turvy match losing by the odd goal in five.

Havant enjoyed the better start and largely dominated the first quarter much to the frustration of Matt Grinham, the Southgate coach. Southgate came back into the match in the second quarter and started to play their normal game, although there were still chances at both ends, and the north London side were thankful for goalkeeper Chris Rae who may a series of fine saves. The deadlock was broken in the twenty ninth minute when Manual Silvetti opened the scoring for Havant.

After the break, Southgate sought to establish their familiar pattern of play, and three minutes into the second half they equalised when Alex Williams got on the end of a cross by Thads Rivett to deflect the ball home from close range. Twelve minutes later and they went a goal up after Jack Middleton found some space at the top of the circle, unleashing a rocket of a shot on his reverse giving Maciej Pacanowski  no chance in the Havant goal. 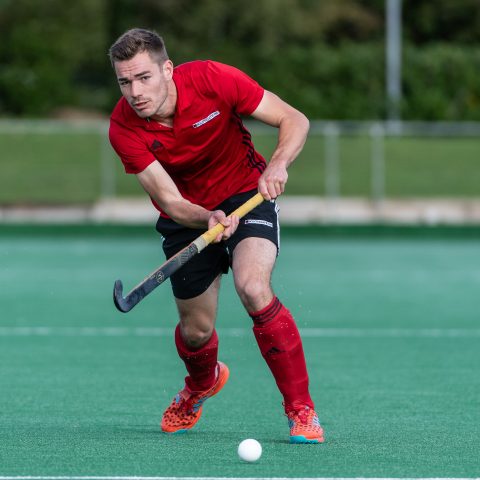 The lead was short lived as two minutes later Matthew Cox equalised for Havant from a penalty corner. Into the last quarter and the match was still up for grabs, and it was Havant who re-took the lead, picking up the ball on the edge of the circle after Rivett was dispossessed and as Rae advanced, the ball was passed to the free Miguel Rodrigues to find the back of the goal. Southgate were not done yet, and poured forward looking to equalise again, and despite a number of close opportunities, forcing Pacanowski to make a couple of crucial saves, Havant managed to hang on and pick up their first win of the season.