The M1s had another disappointing day, leading 4-0 going into the last ten minutes, Chichester staged a dramatic comeback to level the score with the last touch of the match and take a point.

Southgate opened the scoring in the eleventh minute from a penalty corner, Macjec Pacanowski making the initial save in the Chichester goal, but Tom Barratt followed up to put the ball in the net. Three minutes before the break, Adam Grout added the second, deflecting a John Sterlini cross, giving Pacanowski no chance to make the save. Two minutes later and Southgate were three up, Barratt getting his second in an almost identical way to his first.

After the break, Alex Williams got Southgate’s fourth from a tomahawk at the top of the circle. The home side were perhaps guilty of taking their foot off the gas in the last fifteen, but there was no sign of what was to come. Luke Emmett got Chichester’s first in the sixty first minute from a penalty corner, Alex Baxter got the second in the sixty fourth minute, Alex Pendle got the third in the sixty fifth minute, before equalising in the last minute. 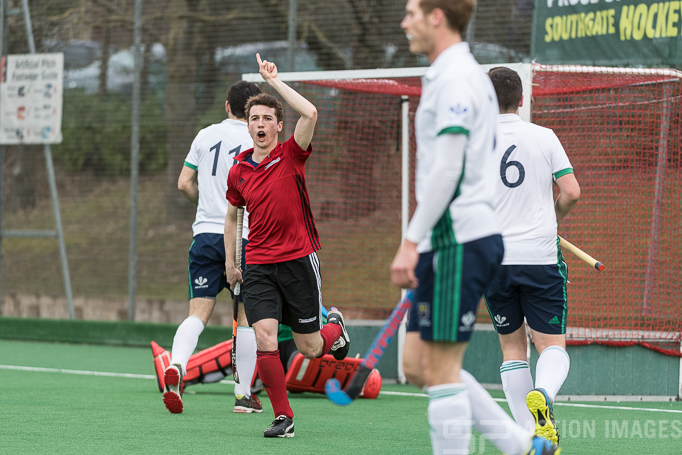