A disappointing end to the season with many positives as the M1s go down 3-1 away to Oxted. With seven enforced changes to the team who took on OGs the previous week, and playing against the side in second place, it was always going to be a tough day, but Southgate produced a creditable performance if ultimately fruitless.

An even first half was broken by Oxted’s Tim Guise-Brown in the twenty second minute via a penalty corner after his shot was partially stopped by Chris Rae in the Southgate goal, but it had enough power to cross the line. Oxted doubled their lead nine minutes later after Southgate on the counter attack turned over the ball in midfield, leaving the defence scrambling back and letting Steven Rich go one on one with Rae, and while his first touch was slightly fortuitous, his second to lob an advancing Rae was top class.

Southgate enjoyed the majority of possession in the second half, but struggled to convert this into opportunities. Against the run of play, Oxted got their third in the fifty fourth minute after a cross from the left found Chis Webster on the back post who deflected the ball past Rae. Southgate’s consolation goal came via Rob Shearer in the last minute.

With promotional already secured for next season, Southgate can now look forward to Division One hockey next season although they must wait to find out if this will be in the new North or South. Clearly it would seem a little strange for a North London club to be playing in the north division against clubs like Durham, Leeds and Preston. 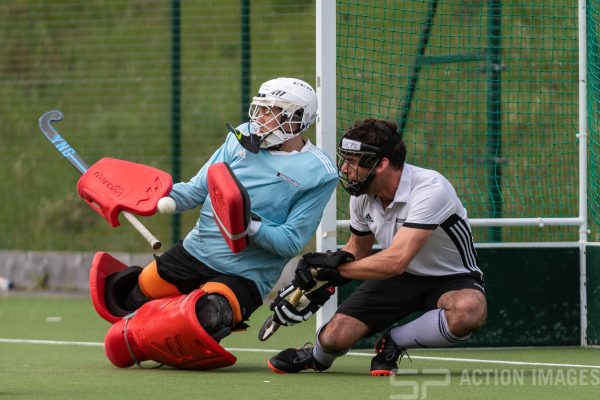