The M1s suffered their third defeat of the season going down 4-0 to league leaders Old Georgians.

OGs enjoyed the better start, initially putting the M1s under pressure, however it was the North London side that could have taken the lead with their first real attack, but unfortunately Timmy Smyth couldn’t finish the chance as the ball came in from the right. Chris Rae in the Southgate goal made several crucial saves none more so than from England international Ashley Jackson at a penalty corner, diving high to his right to deflect the ball wide. The opening goal eventually came in the 26th minute after Rae had made the initial save, the ball deflected high and James Tindall was on had to overhead volley the ball into the empty goal at the far post. OGs got their second a minute before the break after the M1s turned the ball over deep in OGs half, Jackson launched a sixty metre aerial pass to find Nick Burns, and after Rae had again made the initial save, Burns was able to put the rebound away,

The M1sstarted the second half brightly, playing a high tempo as they sought to find a way back into the match. After several chances where OGs managed to scramble the ball clear, Southgate thought they had got a goal back after Smyth found the back of the net, but after the umpires consulted, it was ruled out due to a back stick as the ball was played into the circle. The disallowed goal seemed to signal a change in momentum as OGs enjoyed more possession, and they got their third via a Tom Samuel penalty corner in the fifty eighth minute, before Tindall got his second seven minutes later.

The M1s remain in third place going into the winter break, and will hope for a better second half to the season to secure promotion. 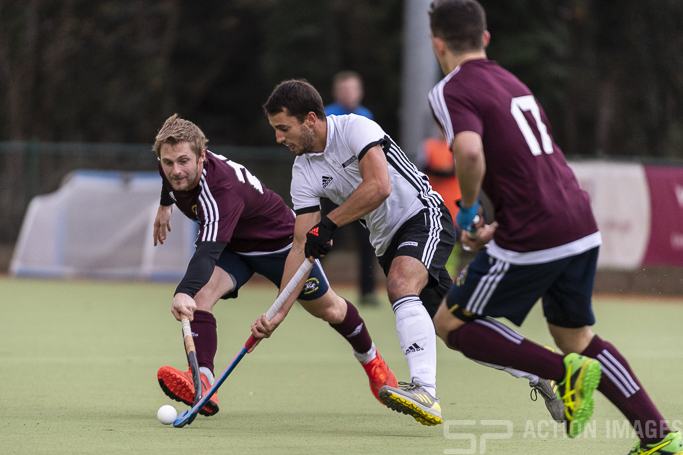