The M1s picked up all three points from a tricky match away at Team Bath Buccaneers, a result which sees them go second in Division 1 South on goal difference to leaders Sevenoaks.

Southgate got off to a sluggish start with TBB dominating the early exchanges, taking the lead in the fifth minute after Harry Skinner finished off a cross from Sam Whitefield. Slowly Southgate came back into the match with John Sterlini getting the equaliser in the eighteenth minute via a penalty corner, beating Oliver Wickens in the TBB goal low down to his right. Eight minutes later, Sterlini got his second to put Southgate in front after Pongs dispossessed a defender deep in the TBB half, before passing to Sterlini who made no mistake with the toma going into the roof of the net giving Wickens no chance. Jonny Maunder got Southgate’s third on the stoke of half time from another penalty corner.

The second half was a similar affair to the first with neither side truly dominating the match. Southgate’s fourth came from Matt Allister after he picked up a through ball from Max Garner, before hitting the shot on his reverse beating Wickens low down to his right. TBB got a goal back in the fifty fifth minute with Skinner getting his second from a penalty corner, but Southgate were not to be beaten and got their fifth goal, and Maunders second, via another penalty corner nine minutes later. 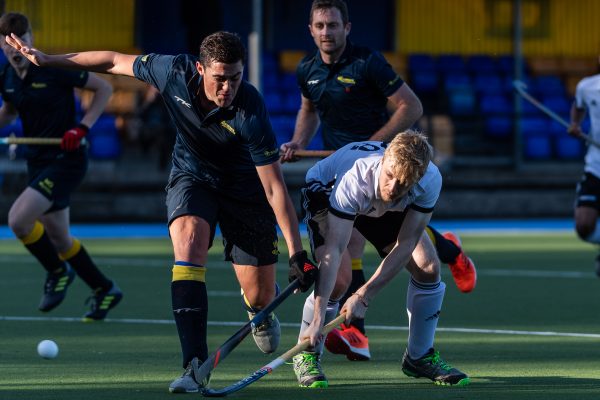 The M1s return to action at Trent Park this Sunday as they take on Oxford Hawks, 2:30 start.