Southgate M1s slump to their first defeat & Men’s round up

Southgate slumped to their first defeat of the season going down 3-2 to inform Teddington.

On a damp and misty afternoon at Trent Park, a poor first twenty minutes combined with some interesting umpiring saw Southgate go two down from a Andy Pett penalty stroke and a Charlie Brooke shot. From there, the league leaders had the proverbial mountain to club, however in the last fifthteen minutes, Southgate forced their way back into the match getting a goal back in the last minute of the half via a Drew Burkin penalty corner.

After the interval, Southgate came out and enjoyed a dominant period of possession, but squandered several opportunities to equalise. Teddington seized on this opportunity and extended their lead with Andy Pett getting his second with three minutes to go, leaving enough time for Southgate to get a consolation goal with Drew Burking getting converting his second penalty corner.

With other results going their way, Southgate are now second on goal difference and face the tricky trip to neighbours West Herts next Sunday. 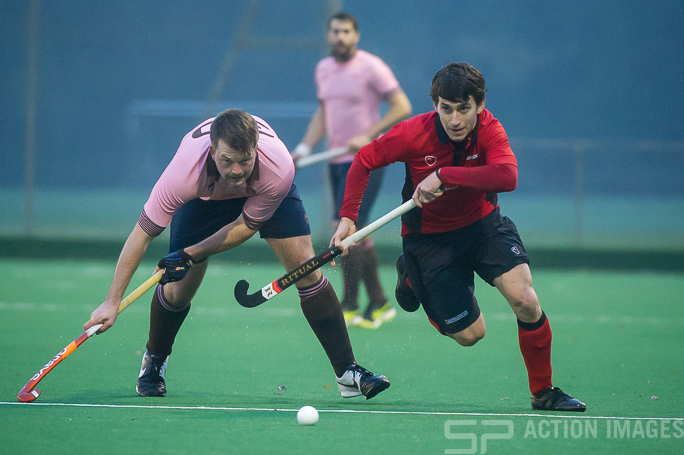 The M2s won 2-0 against Reading 2s and move up to second in London Prem.

The M3s won 6-3 against Reading 2As and remain in second place in London Div 1.

The M4s lost 2-0 to Reading Refills and remain in tenth place in London Div 3.

The Flagons lost their unbeaten record going down 2-1 to Reading Redsox, but remain top of London Vets Div 2 by a single point.

The Magnums won 2-1 against Dulwich & Tulse Hill and are fourth in London Supervets Div 2.

The Pitchers won 6-0 against Shefford & Sandy 4s and remain in second place in East Div 8SW.

The Tankards Y won 3-1 against Letchworth 5s and are still unbeaten in second place in East Div 9SW.