On paper, Saturday’s match promised to be a tight affair with 3rd in the table playing 4th placed Brighton & Hove, and for a large part it was before the M1s pulled away to record a 4-1 win.

The match started evenly, but as the half progressed Southgate started to get on top without ever being in control, largely due to uncharacteristically turning the ball over on a regular basis. The deadlock was broken in the twenty sixth minute when John Sterlini converted Southgate’s first penalty corner, his drag flick being too good for Chris Borsoi in the Brighton goal.

The second half started in a similar vein to the end of the first, with Southgate on top and looking to tighten up their ball retention, although there was a nervous feeling amongst the crowd with Brighton still very much in the game. Southgate got their second from a fifty-fifth minute penalty corner; after an initial save by Borsoi, Joe Sterlini was on hand to put the rebound in from close range. Two minutes later Southgate were three up after Luke Owen brought down Aedan McCrossan, and from the resulting penalty corner John Sterlini converted for his second of the match. This appeared to be the catalyst for Brighton to lose some of their composure, which in turn enabled Southgate to control the match. Brighton got one back in the sixty ninth minute through Sam Rose, although Southgate immediately countered with Kit Cutter restoring their three goal cushion.

This result sees them retain third place in the Men’s Hockey League East Conference. Next Sunday they travel to East Conference newcomers Chichester. 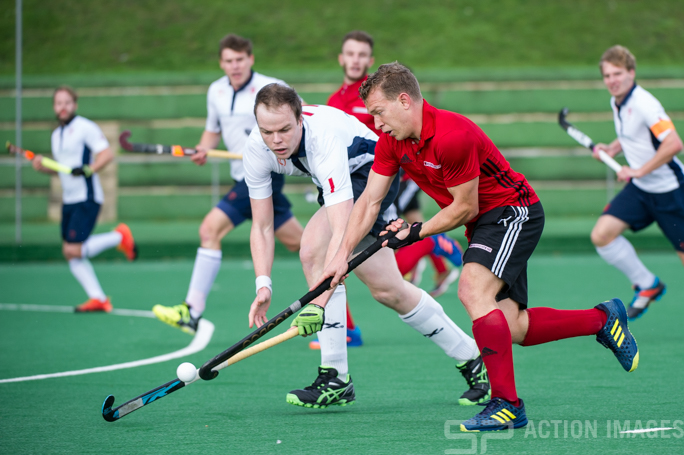 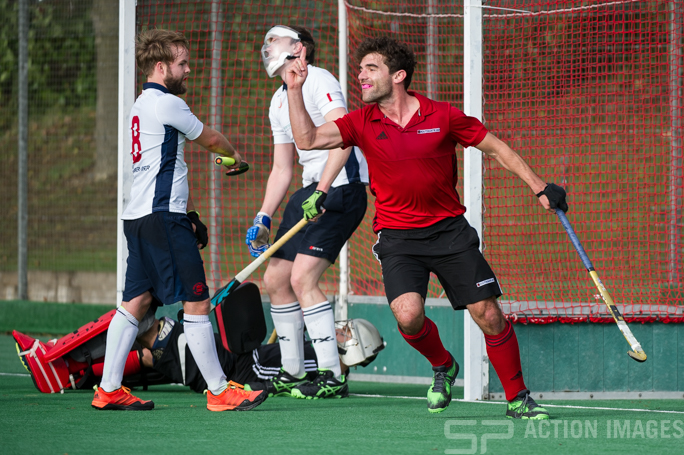 M2s drew 1-1 with Surbiton and drop to 5th in London League Premier Division.

M4s lost 0-3 to Surbiton and drop to 7th in London League Division 4.

M5s lost 1-6 to London Wayfarers and are 11th in London League Division 5.

Magnums drew 2-2 with Sevenoaks and drop to 7th in Grand Masters Division A.

Pitchers drew 2-2 with St Albans 7s and are top of East Division 7SW although five teams are level on 10 points.

Tankards A win 11-1 over Cheshunt 3s and are top of East Division 8SW on goal difference from Bedford Vets.

Tankards Z win 6-3 over Letchworth 5s and are 7th in East Division 9SW.