And they are off. The Ladies 1st Team scored an impressive win against unbeaten Bedford to register their first points of the season and lift themselves to 8th in the League. With a resounding 4-1 victory they cast aside last week’s woes. Two goals from captain Caitlin Wales and one apiece from Frankie Cox and Elisa Filarmonico were enough to win a competitive match. Frankie’s early goal settled nerves and the team was deservedly 2-0 up by half time courtesy of a great strike by Captain Wales. A period of Bedford pressure early in the second half led to a missed penalty flick and then a goal to bring the score back to 2-1. Wales restored the two goal advantage and Elisa put the match to bed with a great finish. Superb performances all round. Special mention to MOM Rhian Hart and outstanding goalkeeping from Jess Hudson. 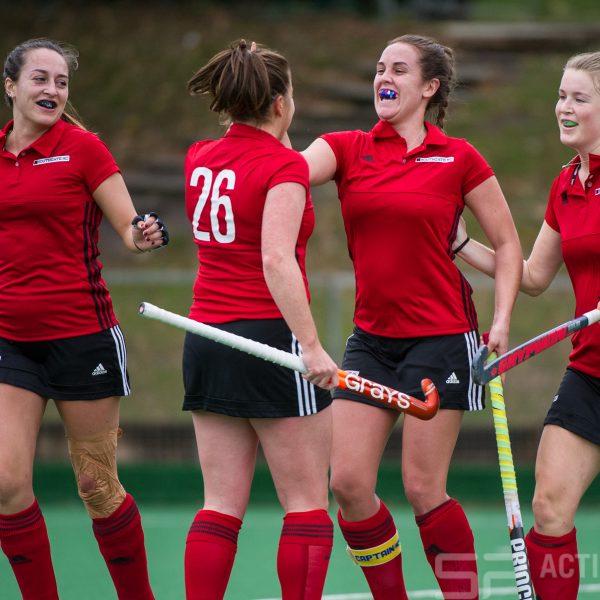 Ladies 2nds had a tough loss to a strong Oxford Hawks side.

L4s has another win; this time at home against Eastcote 4s. Kathy Hammond, who shared Woman of the Week honours with Georgia Crowe, opened the scoring early in the first half before Alice Ward put the victory beyond doubt with a screamer of a shot late in the second. Well played 4s!

Without a goal keeper the L5s were prepared for a fight to survive the game against Chiswick 4s away. Our never say die spirit surged and in the first 20 mins we went 2-0 ahead with the oppo pulling it back to level at half time. In the 2nd half we bagged a short corner and had our nose in front again, only to concede for 3-3. Their only short corner came in the last minute which was spoiled by a Braveheart screaming rush to top D from Southgate’s fired up defence, and the ball went off the back line to end with a draw. Sophia was MOM with 2 goals and Annette scored 1.