After narrowly losing out away to Oxted the previous Sunday, the M1s bounced back enjoying a 3-2 win against a strong Richmond side. Southgate signalled their intention from the start, going ahead after six minutes via a John Sterlini deflection. Southgate were unlucky not to go two up a minute later when Tyler Sundeen saw his tomahawk rebound back off the post. This set the tone for the rest of the half with the home side dominating possession and denying Richmond quality ball.

The second half was more of the same with Southgate enjoying most of the possession and they extended their lead through goals by Giulio Ferrini and Simeon Bird. However, they were almost made to pay for their inability to convert any of their ten penalty corners as Richmond got one back via Rhys Doherty in the fifty-fifth minute. Ten minutes later, Charlie Elliston got their second via a penalty corner in the sixty-fifth minute to set up a tight last five minutes. With Richmond pressing for the equaliser, Southgate managed the ball well to deny their London neighbours any real opportunities and ran the clock down to record their second win of the season. 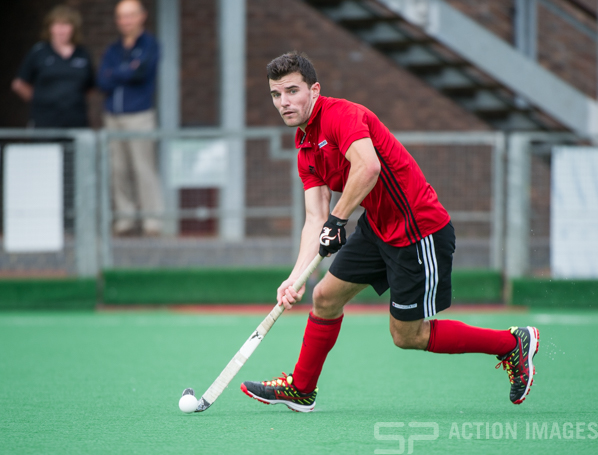 Southgate’s John Sterlini got their first goal and his third of the season. Photo: Simon Parker

The M2s enjoyed a good weekend winning 6-0 against Bromley & Beckenham in the league on Saturday, and then avenged their 2nd XI Cup Final defeat beating Surbiton 5-2 in the first round of the new Tier Two cup on Sunday.

The M5s lost 4-0 against London Royals

The Flagons – no match.

The Magnums lost 4-0 against Brom Beck

The Pitchers lost 3-2 against Bedford M5s

The Tankards A won 11-2 against Bedford M6s