Ladies 1s have a cool 2-0 win against Canterbury 2s

Report: after a long pre season everyone was ready to hit the ground running with our first game of the season! A new league and many new player meant we weren’t quite sure what to expect from Canterbury or ourselves but we were confident we had done enough.

Excitement in the changing room and a good warm up and we were all pumped for the first whistle to go. We had some good patterns of play and shots on goal but just couldn’t seem to get the ball past the keeper. After a few shots and short corners we were awarded with a flick after Canterbury stopped the ball on the line with a foot, naughty. Katie stepped up to take the flick and coolly slotted it past the keeper (we all know she backs herself when it really matters!)

After a good half time talk from Drew we knew what we had to do – put the ball in the net! So many deflection opportunities and ‘nearly theres’ missed and we were starting to get frustrated. 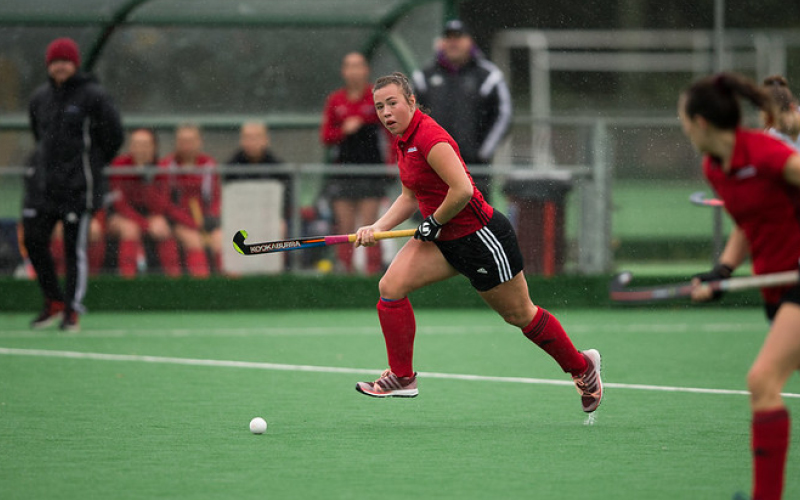 Canterbury came back fighting and we almost lost our cool but we showed our growth as a team and held them off winning a short corner after some slick passes up the field. A shot kicked away by the keeper and Emily M found herself in the back corner surrounded by players. Through a stroke of luck or downright perfect timing, she fired the ball across the D finding Frankie on the back post for a simple tap in goal.

The rest of the game showed we had good foundations of play with some lovely moments of hockey being played. Lucy Leel managed to pass the ball, Katie never stopped running, Emily made some beautiful tackles and Frankie managed to get herself a green for a cheeky shoulder barge (I do not condone this behaviour!)

Next game is away against Bedford and, after a week of practising our final third play and deflections, we are ready for another tough game and coming away with a win!