The M1s good start to the season continued on Sunday after they notched up their second win beating Brighton 2-1.

Southgate came out firing from the start, and opened the scoring in the fourth minute after Paul Pongs found John Sterlini on the edge of the circle, Sterlini then deflected the ball across the goal and Timmy Smyth nipped in front of a defender to push the ball into the bottom corner. Southgate enjoyed the majority of possession and territory for the rest of the half and extended their lead in the twenty ninth minute after Matt Allister picked up the ball on the edge of the circle before beating a defender and finding Alex Williams who deflected the ball home. 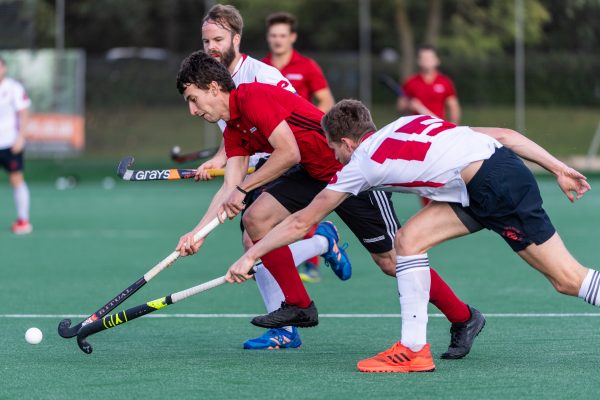 The third quarter saw Brighton come out strongly from the half time interval, and it was now Southgate who found themselves scrabbling in defence. After a series of penalty corners, Brighton got a goal back in the fortieth minute after Mike Burney beat Chris Rae in the Southgate goal. Somehow the North London side managed to hang onto their goal advantage and the quarter break couldn’t come fast enough.

Southgate managed to reset during the break, and thereafter the fourth quarter was similar to the first half with the home side enjoying the majority of possession. It only the good work of xxxx in the Brighton goal making a number of saves that prevented Southgate extending their lead, but the scored remained 2-1. It’s very early days in the season, but the win sees the M1s stay top of the new Division 1 South after two matches, and who now face a trip to the South coast as they play Havant away on Sunday.