M1s battle to a 3-1 win over second placed Oxted in controversial circumstances.

Oxted were first to score in an evenly matched first half when the M1 defence stopped for a split second expecting a free hit, Oxted’s Sam Driver took full advantage to beat Chris Rae in the Southgate goal. The lead was short lived as four minutes later the M1s got the equaliser when a cross was deflected, Giulio Ferrini was well placed to squeeze the ball into the turf sending the ball into the back of the net. In the twenty sixth minute, Southgate took the lead when John Sterlini beat three defenders down the right wing, his cross being deflected up off a defenders stick, leaving Ferrini to volley the ball home for his brace.

The second half started in controversy when M1 captain, Thaddeus Rivett, was given a yellow card after the match official misapplied the technical regulations. With a man advantage, Oxted were on the front foot from the re-start, and they immediately pressed for the equaliser. The Southgate defence held firm though, but were largely destined to play the second half on the break as Oxted sought to find the equaliser. It was from another counter attack that the M1s got their third when Timmy Smyth worked his way into the circle before drawing a foul. From the resulting penalty corner, Sterlini flicked into the roof of the net. After letting slip a two goal lead in the preceding two matches, the M1s held firm for their third win moving them up to fourth in the table, and now unbeaten in five. 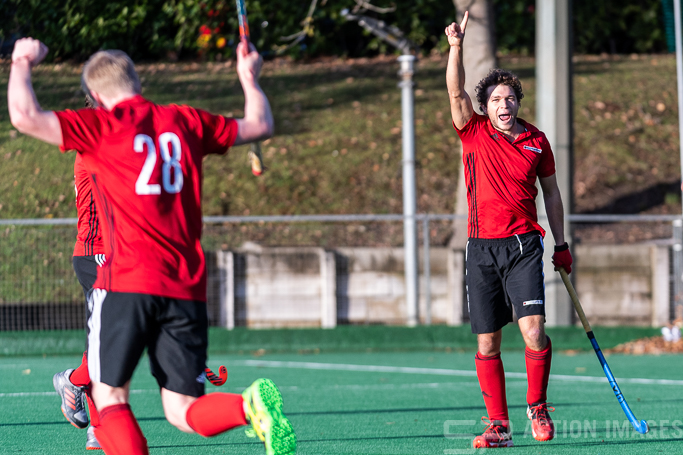 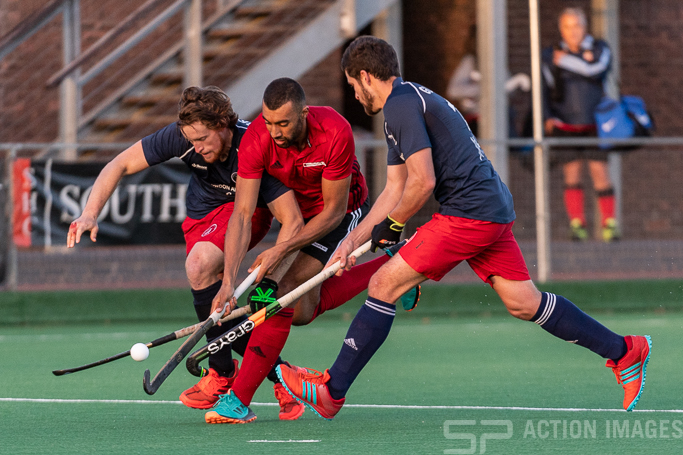