M1s drop points as they draw 3-3 at Oxford Hawks

The M1s resumed their quest for promotion after the winter break with a trip to Oxford, and despite both leading and coming from behind twice, they will feel disappointed at dropping points in match where they dominated possession, but were not clinical enough in the circle to convert their chances.

The first half was an even affair and despite Southgate enjoying good earlier possession, it was Hawks who opened the scoring via Edward Tristem in the twelfth minute. John Sterlini equalised for Southgate nine minutes later when he picked up a loose ball at the top of the circle after Simone Pagliara had forced an initial save from Chris Price in the Hawks goal, before firing it into the empty goal as Price scrambled back into position. 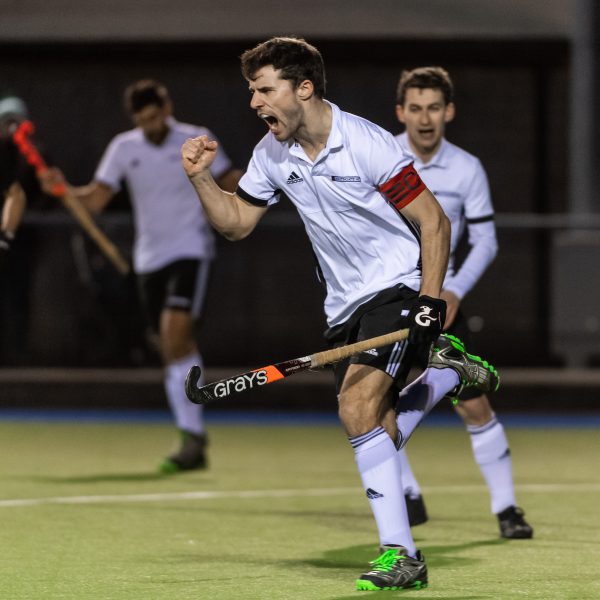 After the half time interval, Southgate increased the intensity of their game and proceeded to dominate the third quarter which was rewarded when Giulio Ferrini put the North London side into the lead after fifty one minutes, when he picked up a rebound off Price to volley home. Going into the fourth quarter, Hawks were not done and equalised in the fifty seventh minute via a Jack Biggs penalty corner. Two minutes later and Hawks were ahead again after Southgate turned the ball over cheaply in midfield, and a well worked counter attack saw Andy Watts beat Dewi Roblin in the Southgate goal. With eleven minutes still to go, time was on Southgate’s side even though they lacked composure at times as they once more pressed for the equaliser. It came in the sixty ninth minute when Jack Middleton found Matt Allister deep in the circle who deflected the ball first time past Price.

Southgate now host Teddington at home on Sunday at 2:30.