It promised to be a tight affair and so it proved with second placed Oxted visiting the third placed M1s in the last league match before the Christmas break.

Southgate took the lead in the twelfth minute with Simeon Bird driving into the circle on the right, drawing Tom Pinneger in the Oxted goal to cover the pass across goal, before slipping the ball in at the near post. Three minutes later Oxted were level via a Robbert Schenk penalty corner. Southgate continued to dominate the rest of the first half, but were unable to capitalise and so the teams went in at half time all square at 1-1.

The second half began as the first half had ended with Southgate on top, going back in front in the forty fifth minute with John Sterlini diving towards the goal to deflect the ball home as it was played in from the left. With the hosts unable to extend their lead, Oxted came back into the match enjoying a good spell of pressure before finding the equaliser in the sixtieth minute from a Oliver Whitely penalty corner. Southgate weren’t done however and retook the lead once more a minute later with Simeon Bird getting his second brace in two matches. With the crowd still catching their breath, Oxted equalised for the third time with Chris Porter scoring two minutes later.

On the final whistle, Oxted were celebrating while Southgate were left wondering how they hadn’t converted any of their penalty corner chances to put the match beyond the reach of the visitors. 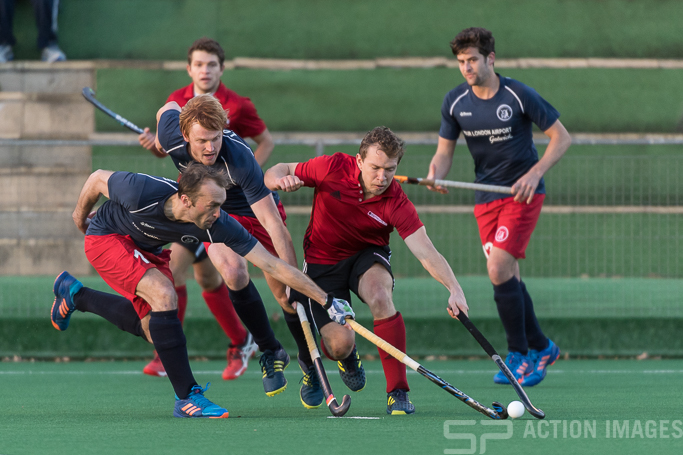