The M1s fought back from being two down to win 3-2 against Old Loughtonians at Luxborough Lane on Saturday night.

Southgate were looking to continue their winning run, but were forced to dig deep to get the better of a determined Old Loughts side. The match started fairly evenly with both sides looking to get forward, but with Southgate making an uncharacteristically high number of unforced errors, they were unable to retain the ball and handed the initiative to Old Loughts. This continued for the first twenty five minutes until Southgate were finally able to keep the ball, forcing the Essex side on to the back foot as they tried to cope with the speed of Southgate’s transfers, however neither side were able to capitalise on their opportunities and the first half ended scoreless.

Old Loughts started strongly in the second half and went one up through Lewis McLennan in the forty fourth minute. Three minutes later and Old Loughts were two up as Elliot Mapes Smith deflected in from a penalty corner. This finally stirred Southgate into action, and from the restart they got one back with Alex Williams finishing a well taken goal. The momentum had definitely swung in Southgate’s favour, and Alex Williams got his second and the equaliser in the fifty sixth minute. Three minutes later, Southgate forced a penalty corner which was duly finished with Jonny Maunder finding the back of the net for the first time this season to take the North London side ahead for the first time. Old Loughts tried to come back again taking off their goalkeeper Fred Whitfield for the final few minutes, but it was in vain as Southgate took all three points.

With Cambridge drawing against Oxted, the M1s leap frog over both teams and are now top of the East Conference, which sets up this Saturday’s match at home against Cambridge perfectly, 16:00 start. 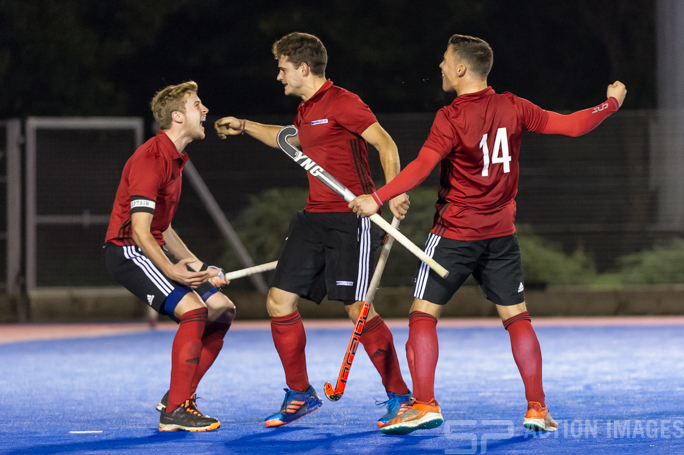 Tankards A – no game