On a cold and wet Saturday night, the M1s were held to a 3-3 draw away at Cambridge City.

The opening period was an even affair as the teams battled for superiority, but as the half went on it was Southgate that came out on top, enjoying the majority of possession for the last fifteen minutes. However, against the run of play it was Cambridge who opened the scoring via Scott Gilmour in the thirty second minute. A minute later and the scores were level with the M1s converting a disputed penalty corner, Aussie Tim Luscombe getting his first goal for the club.

In the second half, the roles were largely reversed with Cambridge probably enjoying more of the ball. That said, Southgate took their chances well going 2-1 up in the thirty seventh minute when Alex Williams followed up a shot from Tim Luscombe that had rebounded off the inside of the post, and with Williams diving in for the deflection, he was left on the ground to play the ball across the goal line with the handle of his stick. Southgate extended their lead in the fifty second minute when Timmy Smyth half volleyed in the rebound after Matt Allister’s original shot had been saved by Dan Brown in the Cambridge goal. Cambridge refused to roll over however, and got back into the game via a Nathanael Farrant penalty corner in the sixty second minute. Two minutes later and the score was level with Eddie Harper getting the equaliser for Cambridge. 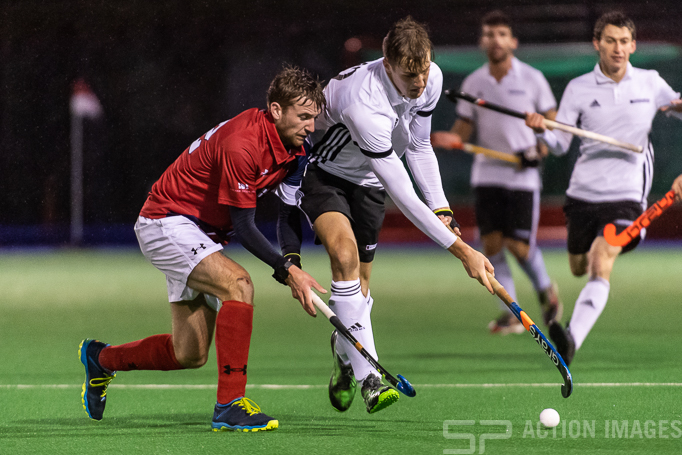 The M1s now entertain Richmond on Sunday afternoon, a 2:30 start at Trent Park.

M2s won 2-1 v Canterbury 2s and stay 2nd in London Prem with a top of the table clash v H&W this Saturday.