M1s Misfire against Cambridge + Men’s Round Up

In front of a packed and boisterous balcony, the M1s misfired in their first league match after the winter break, going down 2-0 to Cambridge City.

Southgate started brightly enjoying the majority of possession for the first quarter, however they found it difficult to find the final pass to threaten the Cambridge goal. As the half progressed, the hard work put in to build pressure was undone by the odd stray pass, and indeed Cambridge latched onto one of these to open the scoring in the twenty seventh minute courtesy of Darren Cheeseman coolly slotting the ball past Enrico Francesconi in the Southgate goal. From the restart, the north London side looked for an immediate response and indeed thought they had equalised via a John Sterlini penalty corner, however after consultation, the umpires ruled that the ball had not left the circle and therefore disallowed the goal.

The second half started in similar fashion to the first with Southgate outplaying the opposition between the circles, but finding it hard to create goal scoring opportunities. Cambridge capitalised and took the opportunity to extend their lead and go two up in the forty second minute from a Scott Perry penalty corner. Thereafter Southgate were chasing the match, and as the minutes ticked by, a loss of composure didn’t help their cause, and the match ended without further score.

It is not all doom and gloom in the camp as coach Danny Newcombe is confident that a few small changes will see the team fire on all cylinders again, and with the top five teams only separated by three points, Southgate are still very much in the hunt for Conference honours and a place in the playoffs. Next match is away against strugglers Wapping at Lee Valley on Saturday. 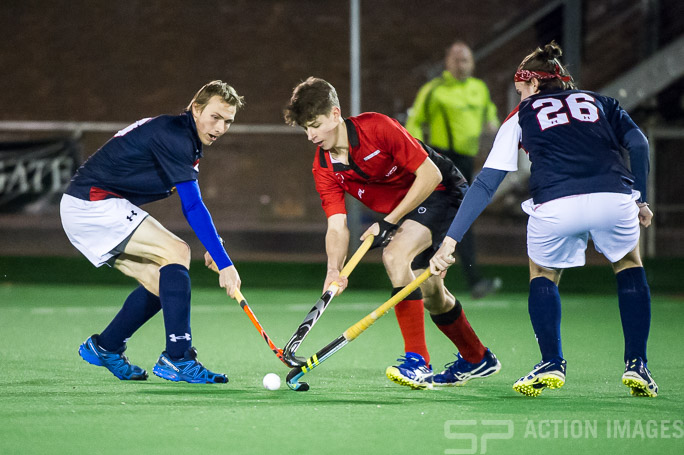