Southgate M1s maintained their 100% record with  a workmanlike performance to Beat Oxted 3-1 at Trent Park on Sunday.

Southgate started strongly, but were maybe guilty of trying to force the game with the final pass often going astray. They opened the scoring in the fourteenth minute from a penalty corner when Kit Cutter scrambled to get the goal, Oxted having lost two defenders for breaking the line early.  Southgate doubled their lead in the thirty fourth minute when the ball broke kindly for Simeon Bird on the top of the circle, who unleashed his toma giving the keeper no chance.

After the break Southgate continued to enjoy the majority of possession forcing a number of penalty corners. It was from one of these that they got their third goal when Joe Sterlini deflected the ball over the Oxted goalkeeper who had gone to ground.

Thereafter Southgate appeared to take their foot off the gas as Oxted dominated possession, although rarely threatening Allan Dick in the Southgate goal. It was not to be a clean sheet however, as Oxted got a goal back with the last play of the game via Tom Blyth.

Southgate maintain their position at the top of East Conference on goal difference from Sevenoaks, and travel to take on old foes Cambridge City next Sunday. 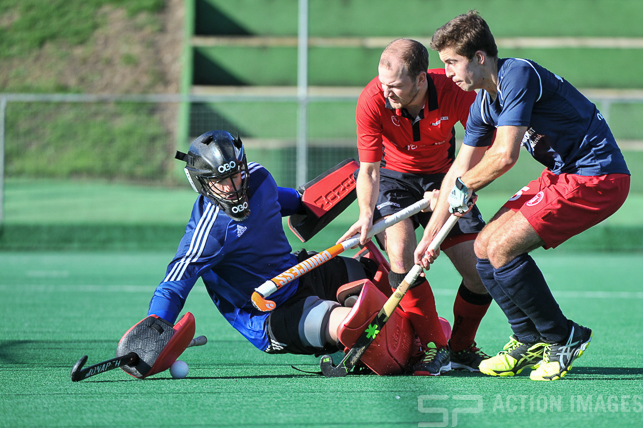